Top 10 Reasons Why MySpace is Dead 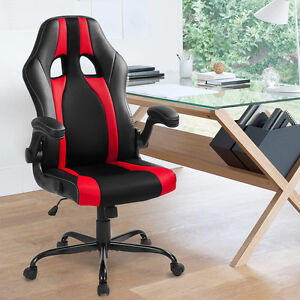 In the early days of social media marketing, MySpace was the chosen platform for online interaction. With the emergence of Facebook, Twitter, LinkedIn and so many other social media networks, MySpace has fallen by the wayside. But why? You would think that with the huge amount of users it boasted in its heydays that it would be able to withstand some puny newcomers. Here’s why I think MySpace is dead.

1. Everyone could join and anyone could be anyone. When MySpace started up that was the coolest part about it! As long as you had an email account (commonly fake Yahoo or Hotmail addresses) you could get an account. It circumvented the age restraints that were present on the chat rooms that were popular at the time, around 2003. But this was also MySpace’s biggest flaw because impersonation became so common you never really KNEW who you were talking to.

2. Became the place to hang out for losers at home. MySpace became the new place to hang out if you were home alone and bored. The handy little “Online Now” icon that blinked under the profile image screamed “I’m online and have nothing to do with my life so add me so we can entertain each other!” MySpace finally caught on and gave users the option to turn that icon off but the damage had already been done.

3. The MySpace emo photos. You know the photos that were conspicuously taken from above or from an angle that made it unclear what people actually looked like? Oh and they were often blurry. Hmmm…

4. “Tricked out” pages became a loading and browsing nightmare. Sometimes users got so into how awesome their profile could look that they would have scrolling backgrounds, a million videos and songs, hundreds of blinking images and “rain drops” that “fell” from the top of the page. This made it a pain to even go to their page and just plain awful to wait for it to load if you actually had a reason to stay.

6. It became a popularity contest. Unlike Facebook, almost all MySpace profiles were public and you could add anyone anywhere for any reason. The instant judgment became how many “friends” you had and how many comments on your page as a result. That is a pretty legit way to judge but when people started getting up into the thousands everyone knew they were just MySpace @!$^%s since no one really had THAT many friends on MySpace..

7. Spam ran rampant. Since hardly anything was protected users would just post “ADD ME!!8. No content monitoring. Without spam protection or any real limits on what users could or couldn’t put on their profiles (technically no nudity) inappropriate and lewd content was spread through messages and comments without any safeguards to prevent it.

9. Attracted 2 types of users: the teenage girl looking for attention and the inappropriate attention- giver. This was the most common relationship found on MySpace. The combo of bored internet browsers and the emoesque pictures on girl’s profiles (real or not) further annihilated MySpace’s legitimacy of being known as a quality social network.

10. It made Tila Tequila famous. Case in point.