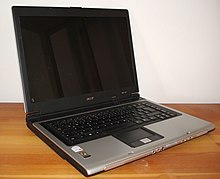 Gran Turismo 3 – PS2 is the racing game that took the genre to the next level, and was the first game that really showed off what the PlayStation 2 was capable of in terms of graphics, sound, gameplay and an overall gaming experience. Released by Sony in 2001, Gran Turismo 3: A-Spec has become one of the best-selling PS2 games of all time, and set the benchmarks for what a video game should offer.

When playing Gran Turismo 3 PS2, you’ll spend the bulk of your time playing through the simulation mode. In this mode you’re given 10,000 credits (the game’s currency) and the task of buying your first car. With this car you can enter progressively difficult races, and earn money as you go, which can then be used to add modifications to your car (that will improve its handling or overall speed), or for buying new cars. Another major part of this mode is the license test centre, which includes the B, A, IB, IA, Rally and S-class licenses. As you go through the game you’ll need to acquire each license (each license is made up of 8 separate tests), as different races require you to have different licenses in order to become eligible to enter.

Gran Turismo 3 PS2 also has the benefit of being one of the lengthiest racing games ever, as many of the endurance races can last up to and beyond two hours. Many casual gamers have since criticised Sony’s decision to include such endurance races, but they are in-truth meant solely for the hardcore gamer that plays the game purely for the love of racing. One of the best things about Gran Turismo 3 is the way that you can modify every part of your car – right down from the suspension to the gear ratios. This gives you total control over your driving experience, and means that you can tinker with different elements to get maximum performance from your driving machine.