Social Network – What Exactly Is It? 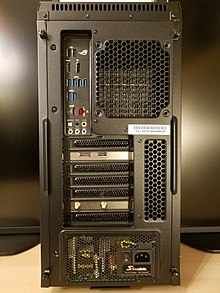 Social networking is interaction by individuals in groups, like small rural communities, neighbourhood subdivision, etc. Though this can be done in school, workplaces, and local hang-out spots and so on, the widespread availability of the internet has now made social networking to be an online phenomenon. Social media sites such as Facebook, twitter, YouTube, LinkedIn, etc have gained huge popularity by connecting people of similar interests, backgrounds or real-life connections to each other. Social networking is said to be the language of the 21st century.

It is the basis of Web 2.0 which refers to the present phase of the World Wide Web where web pages are not static but are of an interactive and collaborative nature. Different corporations and individuals do social networking in different ways depending on their aims and direction. Musicians, comedians and other public figures try to engage their fans in discussions where they form a rapport with their fans which eventually leads to more sales. Some even get their fans into the creative process of selecting content or use networking to get feedback on works released. Corporations use it to showcase new products, advertise and issue statements and press releases. Politicians use these sites to campaign and to reach out to potential voters. These are just few examples among many. The key to social networking is interaction. Companies and individuals who use it solely to drive sales without any form of interaction usually find it harder to drive sales.

Online social networking has bridged the gap that distance and economic constraints were limiting initially. People can now easily come together and share ideas, values, information and knowledge much more easily. This has given rise to wikis which are websites that allow almost anyone to edit and add content. An example is Wikipedia, the free encyclopaedia which has about 100,000 active contributors. Another example is causes such as petitions which are shared more easily and spread faster and wider than if offline. And very unlike conventional, traditional media, online media gives subscribers a voice by allowing them comment instantly and voice their opinions which help further interaction with the administrators and other subscribers giving rise to a community. A perfect example of where it has brought people of similar values to interact is the Arab spring revolution which helped the citizens of Egypt to come together, demonstrate and overthrow an oppressive leadership.

There are some disadvantages to social networking, however. Chief among this is the issue of privacy. Concerns have been growing about the amount of private information that is demanded by social networking sites which has sometimes helped criminals and dangerous stalkers in gathering information about their intended victims. Another is concern for child safety and online bullying which have had damaging effects on growing.

Social networking is a tool that can be used to immense benefit if used the right and proper way while looking out for the side effects and avoiding them.