On Your Marks, Get Set, PSP GO! 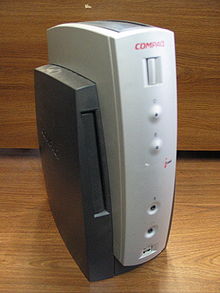 This October will be a month true gamers will remember for a very long time. The main reason is new handheld device Sony is developing, and everyone is eager to try (and possibly own). It is their newest sensation simply called PSP GO!

Back in the days, only teenagers were playing video games, and were the main target audience for this kind of amusement. But as the times are changing, we are witnessing how girls, adults, working men, and even girls in their thirties are literally hooked on new games which are not used to amuse, but to sharpen your concentration and reflexes.

Model PSP – N1000, or as we call it PSP GO is a more perfect, hand fitting console, made by Sony, and announced for release next month in USA and in Europe (Japanese gamers will have to wait till mid November, before they give it a try).

PSP GO will reveal few innovations which Sony implemented for the first time. One of them is the usage of internal flash memory drive, with 16 GB, where users can store their media, video materials and off course – games.

If a user decides to use more memory, it can be arranged. You just need to use a M2 flash card (or better known as Memory Stick micro), and you can double the storage space. If you use more advanced Micro SD/Micro SDHC card, your memory space can even be extended up to 48GB! That is why PSP GO is called a gaming revolution, because Sony people did their best to improve it and embrace various innovations.

What else is new? Well a lot of things. PSP GO has a smaller, yet more powerful battery. It also has slide screen, which, once you move it, reveals the control part of the console. You can compare its shape to mylo COM – 2 device (also developed by the same producer – Sony).

That is not all, there are more improvements! PSP GO has a Wi-Fi built in, and there is also a Bluetooth support. You can easily connect to other users, to mobile phones and other game pads and consoles and enjoy your gaming experience.